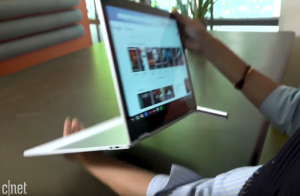 Computer hacking is simply the process of altering or modifying computer hardware or software with the objective of achieving something different than what the original creator intended. People who engage in computer hacking are commonly known as “hackers”. Expert hackers possess an in-depth knowledge and understanding of computer systems and technology. They are also proficient in using different hacking programs and software as well as developing complex codes and scripts in regards to computer programming. Computer hacking is largely considered a crime in many countries but not all hacking activities are illegal.

All forms of hacking involve some level of privacy infringement. Hackers, both good and bad, usually target computer systems (hardware, software and networks) with the aim of accessing private computer resources such as digital files, software, website and administrative privileges. Because of this, the term ‘hacking’ can be used to refer to activities ranging from simple invasion of privacy to sophisticated theft of personal or confidential data. The most simplified definition of a computer hacker is a person who explores the components of programmable systems and their respective capabilities. This is in contrast to an average computer user who only focuses on the basic tasks and functions of a computer.

Most hackers are known to enjoy the practical aspects of programming more than theory aspects. They are known to possession remarkable computer programming skills that enable them to poke around in places that most people cannot. Computer hacking is a growing field of interest among teens and young adults who have been exposed to technology and the internet. Information on various hacking techniques and procedures is today readily available on the web for anyone to access. Hackers mostly spend their days on the world wide web, mostly in closed forums and discussions boards hosted on the dark web. Although not all hackers are bad per say, the majority of computer hackers out there today are engaged in malicious or criminal activities. Governments and law enforcement authorities are constantly looking for ways to deal with computer hackers who have recently caused a lot of damage and losses to organization and individuals.